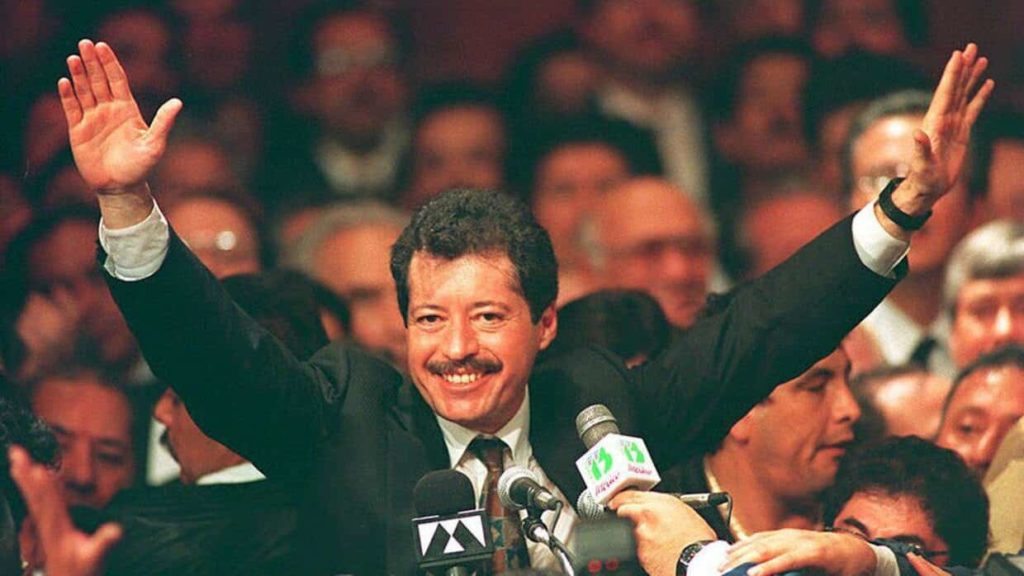 The Libramiento thoroughfare that connects the city’s Zona Hoteles with downtown districts including El Remance and Emiliano Zapata is named for the memory of Luis Donaldo Colosio-Murrieta, a 20th century politician who was infamously assassinated on 23 March 1994 in the lead up to one of Mexico’s contentious national elections of the century.

Colosio’s aspirations to the highest halls of power drove most aspects of his adult life.

Born in 1950, this future statesman may have had his path in life determined even before then, as his family shared a long political history in the nation. Colosio earned his degree in Economics at ITESM (El Instituto Tecnológico y de Estudios Superiores de Monterrey) before turning his focus to the public, joining the politically dominant PRI (Partido Revolucionario Institucional) party by his early 20s.

After studying abroad for a time in the United States, he returned to Mexico to a post at the federal Ministry of Budget and Planning that bloomed into his election to Congress, and later his appointment to PRI’s National Executive Committee. In 1988 Colosio was selected as campaign manager for the presidential candidate for the party with the aim of grooming him for a run of his own in the future, and was also elected to the nation’s Senate during this election cycle.

The next five years added a number of high profile titles within the federal government to his résumé, including Social Development Secretary of the presidential cabinet. By November 1993, Luis Donaldo Colosio had positioned himself as the clear choice as his party’s presidential candidate in the upcoming election, gaining the public support of the PRI machine.

The 1994 elections unfolded against the backdrop of intense political turmoil in the country. The leftist Zapatista party, enkindled by the unconquered resolve of the movement’s spiritual leader, had gained overwhelming support in some areas of the country, representing a threat to Mexico’s established sovereign structure.

On the 6th of March, Colosio delivered a rousing speech in front of the capital city’s Monumento a la Revolución that echoed many of the sentiments expressed by Zapatista leaders at the time. This is widely considered the point in time that this contender for Mexico’s highest office found himself on the wrong side of a schism with his party’s political leadership, led by the incumbent president as well as many of the federal government’s highest ranking officials.

Shortly after 5 PM on the 23rd of that month, during a campaign rally in a poor neighborhood of Tijuana, Mario Aburto Martinez bypassed the candidate’s security and produced a .38 caliber weapon, firing a close range shot at Colosio’s head and causing the candidate to immediately collapse to the ground. Attempts to save his life at a local hospital over the next few hours proved futile; Colosio’s death was announced nationally later that day.

The motivations for Colosio’s killing have remained a subject of intense debate during the years since. As with other 20th century political assassinations, the gunman insisted that he acted alone, but a few aspects of the incident leave some room for speculation.

Tijuana law enforcement, after arresting Aburto at the scene, made the curious decision to bathe, shave, and administer a prison-standard haircut to the shooter prior to exhibiting him to the national media. The heavily altered appearance that resulted led large swaths of the public to question whether the man that appeared in police photographs was actually the same person taken into custody in the wake of the assassination.

Another potential inconsistency with official reports of the incident is that Colosio’s autopsy revealed three bullet wounds, including the fatal head shot, and incontrovertible evidence that a single shooter could have fired them all has proven elusive. The case was investigated for years afterward, but was eventually closed with Aburto remaining behind bars at a federal facility.

A popular alternative theory surrounding Colosio’s assassination purports that his widening ideological break with PRI party leadership made him a target for betrayal with the murder being connected to the highest levels of office. Coincidentally, a few months later the slain candidate’s wife Diana Laura Riojas died for medical reasons while openly investigating the assassination.

All told, Colosio’s assassination proved a difficult test for public confidence in the country’s electoral insitutions, which had already been shaken by the Zapatistas’ rise in influence over recent years. 1994 marked the start of a declared war between the rebels and the seated Mexican government that endures well into the new millennium, although the initial bloodshed has given way to a strategy of civil resistance in regions controlled by the group.

Luis Donaldo Colosio may have never lived to implement his ideas Mexico’s highest office, but his life served to expose an undercurrent of political discontent while his death illustrated the inherent risks of public service that still exist in modern day nations. Colosio gave his life to the pursuit of his vision in a tumultuous political climate, and so next time you’re taking a shortcut around traffic on Vallarta’s main thoroughfare through town by breezing down the “Tunnel Road” that bears his name, perhaps pause to consider how one man can change the course of history.

AJ Freeman is an adventurous spirit, serial friend maker, and general enthusiast. He lives his everyday life hoping to demonstrate the nearly infinite potential for discovery and wonder on this small wet rock orbiting a dim yellow star in the backwoods of the Milky Way.
PrevPreviousWhy Do Mexicans Have 2 Last Names?
NextHey, Who’s That Guy Basilio VadilloNext