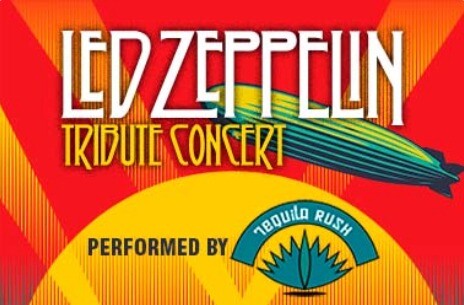 Led Zeppelin was an English rock band formed in 1968. With heavy, guitar-driven songs such as “Black Sabbath” and “Deep Purple,” the band became known as one of the originators of heavy metal music. Their musical style had a wide variety of influences, including blues, psychedelia and folk music.

Tequila Rush has been together for 3 years and is well-known all around the bay. With regular hotel gigs, as well as parties and events, they are excited about performing this tribute to one of their favorite inspirations, the Led Zeppelin band!