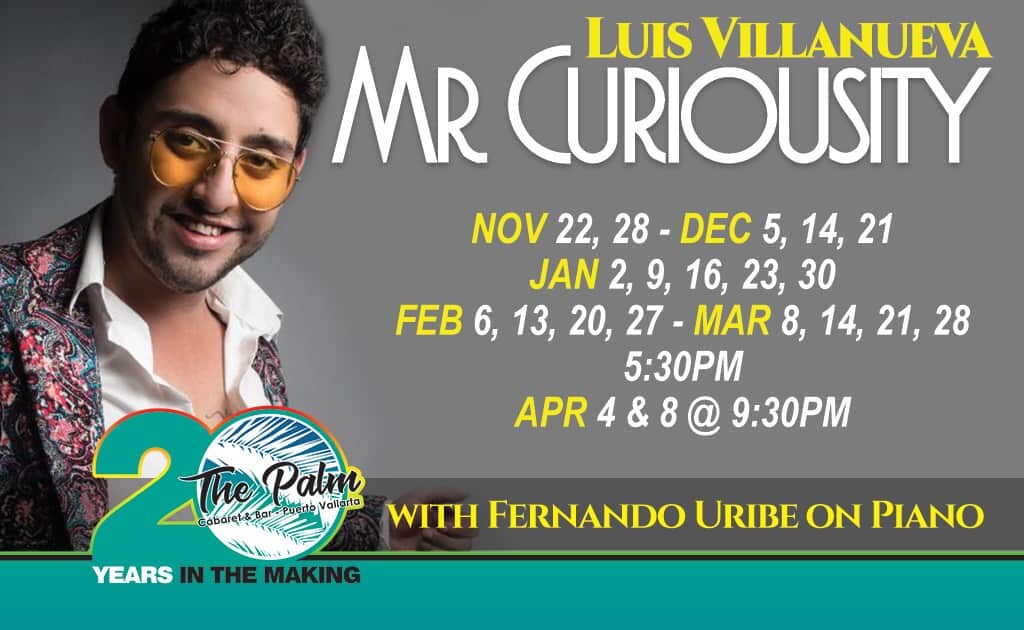 Vocalist Luis Villanueva learned to sing Spanish and in English while listening to the greats including, Frank Sinatra, Nina Simone, Elton John, and many others while being raised by his grandmother in the southern Mexican state of Chiapas. She greatly influenced and encouraged him to develop his love of music, and it was unusual if it wasn’t playing somewhere in the house. Later, singing as a founder of Azteca Chiapas Symphony Orchestra, he further honed his vocal and performance skills. With more than 15 years of experience in music Luis, formally educated as an optometrist, he quickly concluded that music was his true calling and he was eager to return to performing. Relocating to Puerto Vallarta in recent years, he competed as a finalist in several local and national singing competitions