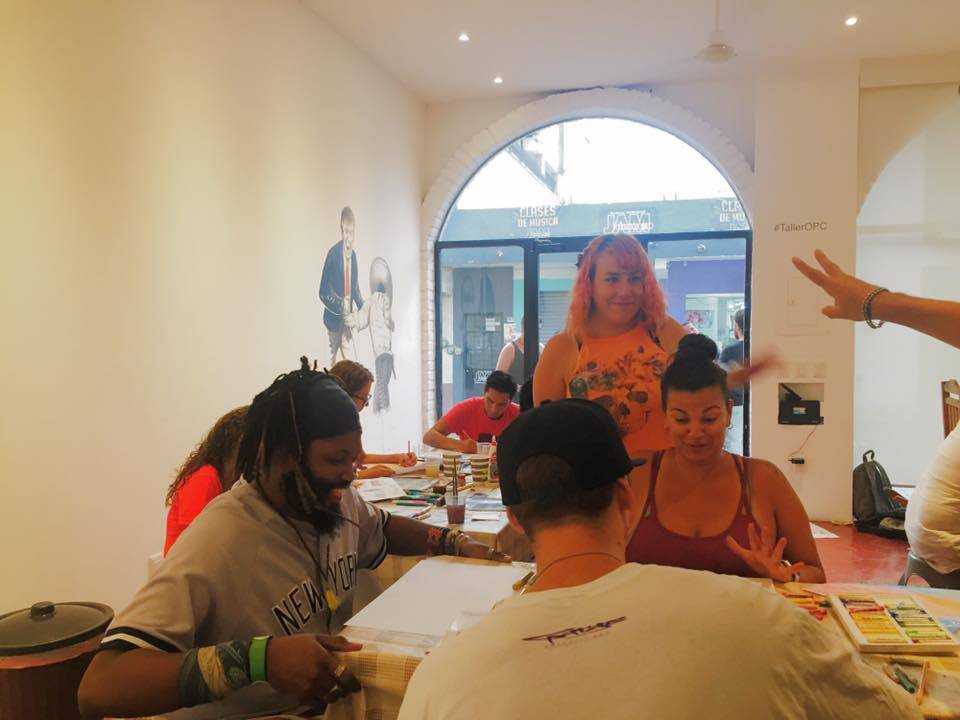 The start of my Thursday took shape the night before, during the last entry on my weekly work schedule.

As a result I had time to have a few more refills than is typical for a business meeting, and so Thursday greeted me with all the tenderness of a punch in the face. Normally at times like this, I would rustle up some Uber Eats and stare at the Internet until my condition improved.

However, this morning would allow me no such luxury…I had previously promised to meet with Beto of RevIV (Av. Francisco Villa 1010, Jardines de Las Gaviotas) to learn more about what the hell IV treatments had to do with my young and mostly invincible self.

My duties in mind, I collected myself into a presentable form and dragged my pickled cheeks over to Versalles, where I arrived at the offices in time to catch the lovely Dez undergoing some IV treatment of her own. Although she had opted for the anti-aging option (not sure why, she looks great for any age), during the visit I was informed that RevIV also offered an instant hangover cure treatment, which I would have taken advantage of if not for time constraints.

Definitely in the near future, I’ll no doubt need it to maintain my pace in this profession.

When the rendezvous was over, Dez was kind enough to offer me a lift back toward the heart of town for my next appointment, meeting a man about a product over at All-Access (Lázaro Cárdenas 175, Zona Romántica). I probably shouldn’t say too much more about that here so let’s move on.

My seemingly weekly visit to Real Deal California Burrito (Calle Honduras 257 A, 5 de Diciembre) for stamps 8 and 9 on my loyalty club card was next up on the docket…I usually have to make an effort to finish one of the football-size specials, but on this day I was in dire need of nourishment and wolfed it down without any semblance of an issue. I angled for my assistant’s slightly nibbled burrito as well, but no dice.

Once the last of Wednesday’s alcohol had been processed, it was time to ensure my liver wasn’t going soft on me at the weekly WeLovePV staff meeting at Bar La Playa (Lázaro Cárdenas 179, Zona Romántica).

This time around we discussed setting up video interviews for the “People of Vallarta” series starting at the end of the month, and since I will apparently be the video’d interviewer I pledged to try my best to overcome my natural shyness in order to provide the best possible content because I’m a team player.

As always, Friday afternoon was the time for the Vallarta CoWork (Morelos 101, Centro) weekly lunch meetup, and Salud Super Food (Olas Altas 534-A, Zona Romántica) was the place.

As an adamant omnivore, I tend to avoid vegetarian restaurants, but I was assured the night before it was not one–at least not totally–and decided on a chicken wrap with turkey bacon and bleu cheese for my afternoon snack. It was tasty enough to be sure, but if I had it to do again I would definitely go for the tantalizing burrito bowl a table-mate ordered…don’t you hate when someone else wins the restaurant order contest?

After lunch had adjourned all my duties for the week were complete, and I had a flight to catch that evening with layovers at Saturn, the Pleiades, and the furthest reaches of my own subconscious. Marlin nachos were served during the trip, there was a very colorful in-flight movie, and it was a great ride overall…I’d definitely recommend the carrier, if you can dig it.

A long night of traveling in my own home flowed into the next morning, and after a short nap around noon I was ready to join the physical world once more. The evening ahead would more than oblige, offering a full schedule of scouting opportunities.

First on the agenda was the Pop-Up Store at OPC (Calle Juárez 598, Centro), where the artistic wares of popular artists in the area were made available to the aesthetically savvy.

I considered calling Charlotte on the spot to ask for a raise from the WeLovePV brass when I saw a selection of shining multicolored fringe capes by Daniel Rangel for sale in the gallery, but managed to distract myself from my lust for luster with a conversation with Rafa, a local tango teacher, about putting together an event in the near future at the co-working space.

I keep telling you, I’m always on the job.

When the art sale started to wrap up, I realized it had been a while since I’d eaten, so my trusted assistant and I headed over past Los Arcos Ampitheatre to the street food stands on the Malecón. We fueled up for the night shift with a surprisingly satisfying bratwurst, loaded down with peppers and onions just like in the old country. They didn’t have spicy brown mustard, which is less than ideal, but if that’s the worst thing to befall you on a given day…

The grub grabbed, we met up with a few other folks and set sail for El Solar (Paraguay 1294, 5 de Diciembre), where apparently a popular DJ was scheduled to spin on the shorefront.

Our party danced and/or lounged as the spirit moved them for a few hours, then after making a quick stop at Tubox on Calle Mexico for some after-hours takeout beer, we headed for Roxy to see what the crew was covering this week. I’m not sure I remember what they were playing, but it can’t have been too offensive…I definitely remember shaking my locs around so that’s a positive review.

A 7am bedtime made me realize I had pushed my earthly vessel to the limit over the past few days, so for Sunday I thought it might be best if I took it easy once I woke up.

As a result, the most exciting thing I did to close out the weekend was engage in a little self-care with birria from Alex (Calle Matamoros 845, Cerro), but I did find time to research all the wonderful writerly weirdness for which I am known in the community…all this Thursday to Sunday fun does requires a little work during the other days, ya know.

AJ Freeman is an adventurous spirit, serial friend maker, and general enthusiast. He lives his everyday life hoping to demonstrate the nearly infinite potential for discovery and wonder on this small wet rock orbiting a dim yellow star in the backwoods of the Milky Way.
PrevPreviousSpotlight on Sayulita
NextObtaining Healthcare in Mexico as an Expat – Part 1Next