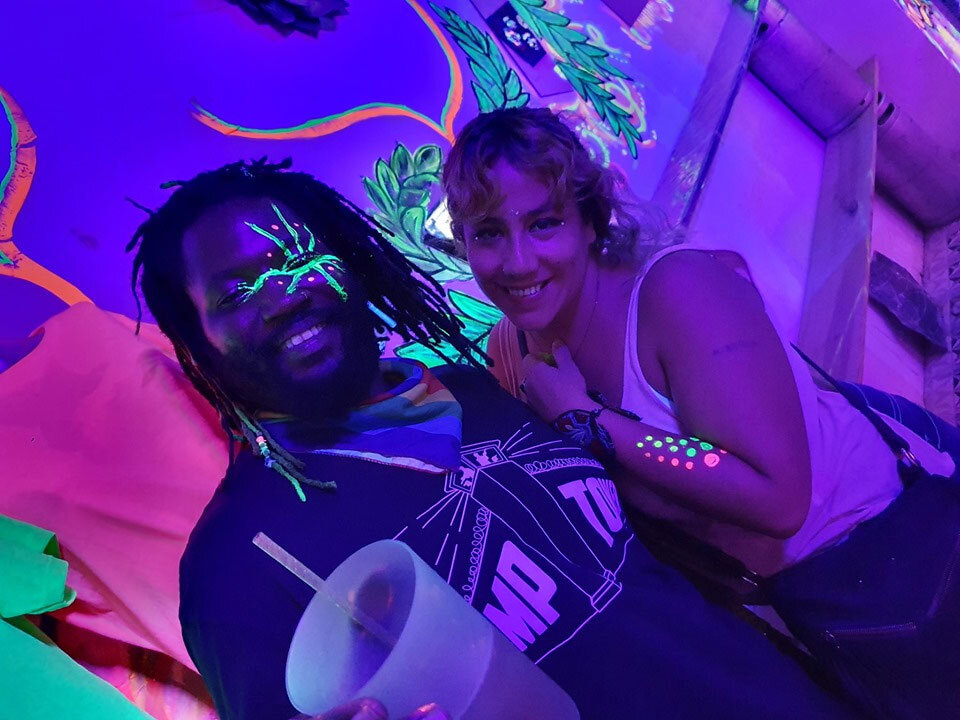 Listen, it’s no secret I’m not rich…this lifestyle scout gig mostly pays in experiences. Luckily, you don’t have to be rich to have a good time in this sunny city by the sea, so fortunately my Thursday-Sunday sabbatical wouldn’t suffer from a slight shortage of pesos this time around.

After a long day of doing whatever it is I do on the other days of the week, a few shots of mezcal down at Bar La Playa (Lázaro Cárdenas 179, Zona Romántica) during the weekly staff summit were one of my rare indulgences over the weekend.

As always I got to huddle up with Darren and Charlotte to further our plans on world domination–fairly valuable in and of itself–and this time I finally got an update for the secret #WeLovePV project in Parque Lázaro Cárdenas that I can only refer to in this space as “Operation Puzzle Factory”…and that, my friends, is priceless.

I’m not exactly an early bird (surprise!), so by the time I’m out beating the street, most places have stopped serving breakfast…ah, but not downtown PV’s Pancake House (Basilio Badillo 289, Zona Romántica).

They’re sensitive enough to my special needs to keep serving breakfast until 2 in the afternoon, and so with eyes on a piping hot plate of Eggs Benedict I led the weekly lunch crew of Vallarta CoWork (101 Morelos, Centro) to the city’s most stylish strip for a delightfully misplaced morning meal.

I personally never subscribed to the idea that certain foods were for certain times of day, and it was encouraging to be in the company of fellow free-eaters as they made the toughest decision in any breakfast place: sweet dish or savory? (Pancake House serves fresh bread with whipped butter and homemade strawberry jam for the table, so it was easy for me to stay the course.

Of course, we realize that the people that work there have lives too, so we made our best effort to decide, eat, drink, and be merry within an hour of our lunch meetup’s 1pm start time…I get it, who wants to be stuck working late on Friday?

Another of my duties as CSC of VCW is planning and promoting monthly events at the office space, and later that evening I was scheduled to supervise a tango lesson presented by the experienced professionals at J&B Dancing Club.

Over an intensely instructive 2-hour session, the teachers led the assembled class through the process of crawling before they walked and walking before they sashayed…everyone walked away with a deeper knowledge of tango culture, and I’m pretty sure a couple folks even went home with new memories of a different sort…it was by far the sexiest event we had ever held in the space.

There’s always something shaking on a Saturday night around this town, and El Solar (Paraguay 1294, 5 de Diciembre) is a usual suspect in such shakings. A live DJ pumped out bassy house beats as a few friends celebrated a birthday party…somehow I got a gift out of the deal, one of those light-up jelly rings that announce unequivocally “I am here to party.”

A place that identifies as a “art bar” has my attention early in the game and, yeah, sure, the watermelon Agua Loka drink–pureed fruit, tequila, and positive vibrations–was tasty and the blacklight art was pretty sweet, but THEY LET ME PAINT ON THE WALLS WITH GLOW IN THE DARK PAINT so it’s exactly the kind of place you can catch me pretty regularly.

In fact, I would have stayed at Agua Loka longer had I not already promised Assistant Nicky that I would drag my decorations out of bed early Sunday morning to head out to the edge of town for the weekly street market at Mojoneras. Like I said earlier, I’m not rich by any stretch of the imagination, so when I hear there are deals to be had on cool stuff then I have to make every effort to investigate even though I’m really not a morning person…like I also said earlier.

Among the many objects of interest for my underfunded production budget were a Paris Saint-Germain championship edition uniform shirt that would soon find new life as a lifestyle scout uniform shirt and a shweet pair of Andy Warhol socks (which you can see in our video interview with Samara of Gold Leaf Smoke Shop), both brand new with tags costing me less than 6 bucks American combined…gotta make the most of what you have, eh?

AJ Freeman is an adventurous spirit, serial friend maker, and general enthusiast. He lives his everyday life hoping to demonstrate the nearly infinite potential for discovery and wonder on this small wet rock orbiting a dim yellow star in the backwoods of the Milky Way.
PrevPreviousSpotlight on Puerto Vallarta’s Fluvial Vallarta Neighborhood
NextPuerto Vallarta’s Most Popular Facebook Group, an Interview With Tricia LymanNext