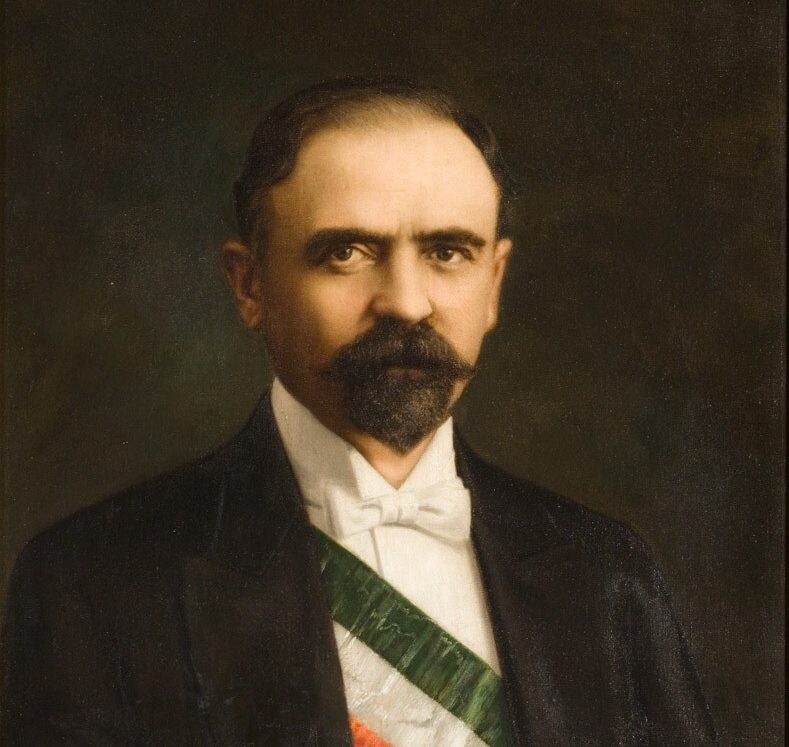 Stretching inland from Playa de los Muertos through the Emiliano Zapata neighborhood is Calle Francisco I. Madero, a famed writer and revolutionary who is credited with helping to ignite the long-coming Mexican Revolution. Born in 1873 to a wealthy landowning family, Madero distinguishes himself in the tale of the country’s creation by looking past his own privilege and daring to see a brighter future for all Mexicans.

By 1910, he had identified incumbent head of state Porfirio Díaz as a major obstacle to the country’s development into a democratic nation, as the President had been re-elected to office 5 times since taking office in the last years of the 19th Century. Madero’s book, “The Presidential Succession in 1910,” calls on voters to prevent Díaz’ sixth term and create a more inclusive political process that offered opportunity outside of the ruling classes.

Madero had accrued considerable independent wealth through business dealings in his early adult life, and his commitment to his cause along with the bravery to present a challenge to entrenched political power were key aspects to his rise in public profile.

His campaign gained widespread support from practically all segments of society, which led to his arrest by federal forces in advance of the elections. However, Madero was able to engineer an escape from prison, calling for an armed uprising against Díaz and creating a plan for reform that was the driving force behind the armed phase of the Mexican Revolution.

Díaz’ inability to quell uprisings throughout the country in the wake of Madero’s calls for change forced his resignation from the Presidency in May 1911. Although Madero had the popular mandate of the people thanks to his work fomenting the revolution, he did not assume the office until elected by the public later that year, attaining nearly 90 percent of the vote along the way.

Although he attempted to guide the country to stability in a turbulent age during his time in office, Madero’s administration dealt with pressure for more radical reforms from other revolutionaries hungry for change from day one of his tenure in office.

Among others, former Madero supporter Emiliano Zapata eventually declared himself in rebellion against Madero’s government, and foreign business owners began to display concern that he would be unable to maintain a profitable environment for their investments in the country. Backed by elements within the United States government, Mexico City’s military commander General Victoriano Huerta executed a successful coup in the nation’s capital.

Madero was put to death along with Vice President José María Pino Suárez in February 1913 as part of Huerta’s seizure of power, but his assassination became a unifying force that brought together various elements opposed to the reign of the new chief executive. By the following year, Huerta had been deposed by a coalition carrying the memory of Madero.

Francisco I. Madero is perhaps best remembered for bringing freedom of the press to the young nation, an initiative that had unintended consequences when publications across the country used their new powers to harshly criticize his performance as President.

He ended the practice of political imprisonment and helped implement free and fair elections in a nation struggling for sovereign legitimacy. Madero reduced the standard workday to 10 hours, limited child labor, granted unions the right to freely organize, and also holds a special place in history as the first head of state to fly on board an airplane at the dawn of aviation.

Representing a guiding hand at a key point in the birth of a nation, Francisco I. Madero is one of the most iconic figures of the Mexican Revolution as well as an architect of the country’s modern society. Although he spent just two years in his only public office, Madero made an outsized impact on Mexican history…and so, the next time you’re strolling the streets of Emiliano Zapata en route to another spectacular seaside session, perhaps pause to consider how one man could change the course of history.

AJ Freeman is an adventurous spirit, serial friend maker, and general enthusiast. He lives his everyday life hoping to demonstrate the nearly infinite potential for discovery and wonder on this small wet rock orbiting a dim yellow star in the backwoods of the Milky Way.
PrevPreviousCatch Me If You Can: January 16th-19th 2020
NextWhat a Drag PV Interview With Freda and SteveNext