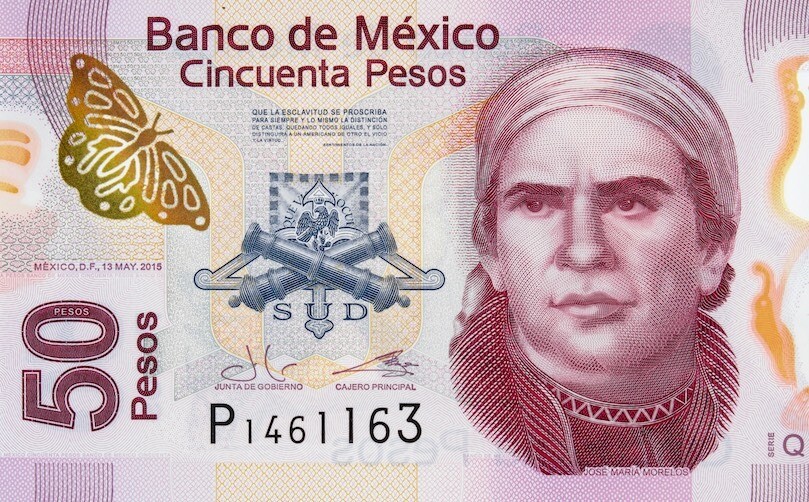 Calle Morelos, leading through the 5 de Deciembre and El Centro districts to the Rio Cuale Bridge, is one of the main town thoroughfares and home to some of Puerto Vallarta’s most frequently visited points of interest. The street’s namesake, José María Teclo Morelos Pérez y Pavó, is no less significant on the map of Mexican history.

By the early 19th Century, anti-colonial sentiments in the country had grown to a fever pitch among everyday citizens. The Spanish Crown imposed strict limitations on the lifestyles of its’ subjects in the Americas as well as levying heavy taxes that crippled the ability of working class Mexicans to earn a living with dignity. Morelos, a Catholic priest turned revolutionary firebrand, ignited the flame that burned the War of Mexican Independence into the national memory.

This carpenter’s son came from a humble family in city that was eventually renamed Morelia in his honor. Then known as Vallodolid, the town was a seat of both governmental and religious influence, and its relative prosperity of gave Morelos decades of personal experience with the inequalities of life under Spanish rule.

With visions beyond the sparse existence of a laborer, the young Morelos studied diligently under his grandfather, who was a schoolteacher. He enrolled in the prestigious Colegio de San Nicolás Obispo, where he met Miguel Hidalgo serving as the school’s head official.

1810’s insurrection saw Hidalgo at the head of the uprising after issuing his historic “Grito de Dolores” calling for armed revolt, and the following days saw the rebels capture several cities. Morelos caught the rapidly spreading news of revolution, and seized the opportunity by gathering and training a small unit of soldiers as well as obtaining armaments and allies.

With Hidalgo’s capture and execution in 1811, Morelos stepped into a de facto leadership role within the independence movement. He quickly gained a reputation as a competent military leader despite the fact that he never officially abandoned the cloth of the clergy, demonstrating a functional knowledge of battle tactics and resource management. In his first 9 months as commander of the rebel forces, the former priest earned 22 victories over the Royal Army.

During the struggle, he advocated for an end to the Church’s special privileges in society as well as a redistribution of wealth to offer downtrodden commoners a tangible stake in the country’s fortunes. A true Christian, Morelos also called for an end to slavery and an elimination of divisions between races and technologies, seeing all humans as equal children of his faith.

After placing additional territories under his control, the warrior priest called the National Constituent Congress of Chilpancingo in an attempt to form a new government. At this constitutional convention, Morelos endorsed the “Sentiments of the Nation” officially declaring Mexico’s independence from Spain as well as creating legislative, judicial, and executive branches, taking the title “Siervo de la Nación” (Servant of the Nation) as the head of state.

Although Morelos was captured by the Spanish in 1815 before being stripped of his status in the Church and executed as part of the infamous Inquisition, his fight for freedom continues to inspire the masses who still struggle with oppression and injustice today.

A colossal figure in Mexican history, Morelos is honored in the nation with one of its’ 32 states bearing his name along with several small towns and the main route south through town…and so, next time you’re heading into the heart of the city to make some memories, perhaps pause to consider how one man can change the course of history.

AJ Freeman is an adventurous spirit, serial friend maker, and general enthusiast. He lives his everyday life hoping to demonstrate the nearly infinite potential for discovery and wonder on this small wet rock orbiting a dim yellow star in the backwoods of the Milky Way.
PrevPreviousMy First Year Living In Puerto Vallarta
NextCatch Me If You Can: January 2nd-5th 2020Next