‘Be Our Guest (Writer)’ series – a compilation of short stories of how others came to adopt Puerto Vallarta as their home or place they often visit. The town has some addictive qualities that keep people coming back – the people, the beaches, the restaurants and bars, the art scene, the music scene, the theaters, the tours, the hundreds of friendly smiles that greet us here each and every time.

We all thought we had found something special in this place, that we had discovered a perfect paradise. We were on to something.

But then we learned there were hundreds, no thousands, of us that felt the same way. This series lets us experience what it is like for other people who love the same city you love. From their point of view.

Each story is unique and yet we find ourselves identifying with our writer on so many levels – the feeling of being here and what it feels like when we’re away, the ‘secret’ little places we discover, how we come to accept things here that our past lives wouldn’t allow, the science of what happens to our stress levels when we spend time here- it’s all wrapped up in a neat, 300+ word document.

So why aren’t we hearing about YOUR story? Find out more about how to submit your article here.  Enjoy these articles from others as we share them one experience at a time.

When I Moved to Mexico, Something Crazy Happened

Nothing. Nothing happened the way I planned it. Nothing went according to schedule. No appointments came when they said they would. No friends showed up on time for anything.

Once, I made an appointment for internet installation. The appointment was set for one week in the future, which I already considered to be in the realm of WTF long, but I went with it. I’m in a different country, right?

Did you know that Seattle enjoys one of the fastest, most robust internet connections available almost anywhere? Neither did I.

I know now that he was calling me a bitch. And I probably deserved that.

Anyway, sure enough I could not connect to the internet later that evening. To test my new theory that no one ever shows up on time for anything, I scheduled two appointments, with two computer different specialists, at noon the following day. Neither ever showed up, I’m still waiting for their call(s).

But, turns out I can be pretty resourceful when I want to be, and I fixed it myself. Internet: on.

Made friends with Lalo for future internet annoyances, and I think this must be how everyone ends up “knowing a guy” for everything. Because you can’t depend on a lot of people.

So, with this story in mind, coupled with other experiences and the stories of others who have gone before me, over the last couple of years I’ve adopted a “do nothing” policy. It goes something like this:

Step 1: Something goes wrong.
Step 2: I don’t do anything.

Had I known (my fault), that 2:30pm on this week actually meant 2:30pm on THAT week, I would have done nothing. I know that now.

If I had understood that I’d previously enjoyed one of the easiest and fastest internet connections on the planet, for my entire adult life, I’d have tempered my expectations a bit.

I don’t really mean this as a ranty kind of post… I mean it very much in an empowering way. I’ve learned to decide if and when I’m willing to wait for someone. I decide what’s worth waiting for, and if I’m not willing to wait, I find a way to fix it myself, or I phone my guy. I’ll bring my own tools, just in case. I’ll do what I can to learn about the project, because I might have to finish it myself. It’s not ideal, but what’s wrong with learning something?

I just got home from dinner and my internet wasn’t working. And then it fixed itself.

This happened earlier today too. Maybe my router is dying. We’ll see.

If something happens, I know a guy.

Originally published by Emily Murray at https://thechangingroom.blog on Sept 7, 2017. 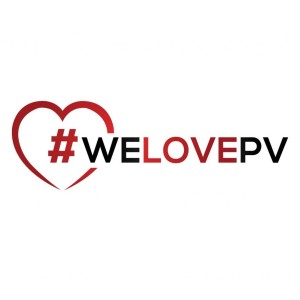 A group of expats living in Puerto Vallarta sharing experiences and information.
PrevPreviousThe Pulse of PV Vol. 2
NextFundraising in the Age of CovidNext My Love Affair With Puerto Vallarta Began Over 23 Years Ago My Love of Puerto Vallarta Began in 1979

Our Vallarta State of Mind